Showing posts from September, 2017
Show all

Instagram Video Led To The Arrest of Wanted Fugitive 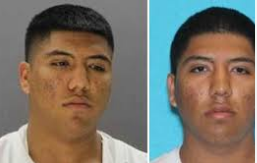 
Instagram has become more popular after they introduced the new video story post. With this new development, you can post a live video, which can be viewed by your followers on the platform anytime they go to your page. And while posting these video, Instagram through GPS align your location to those with the same place you are posting the video.

However, it seems Gonzalez was unaware of this as he decided to share videos on Instagram with friends and family. The video gave his location away to the police as they swooped in for his arrest. The police said he tried to escaped arrest but hit his car on a pole and was apprehended.