Showing posts with the label Education
Show all

LOW TUITION: STUDY IN IRELAND, TUITION FEE, COST OF LIVING AND HOW TO APPLY 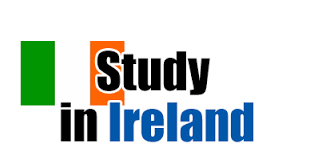 Ireland is in Northern Europe, an island off the coast of Great Britain in the North Atlantic Ocean. Ireland is bounded in the North by Northern Ireland which is part of Great Britain Geographically.
Ireland has a very rich culture and history which makes it a tourist attraction for tourist and it is also a likely destination for a student seeking for quality education at a very affordable cost. Ireland belongs to the European union which makes it easy for those whose country belongs to the European Union has an advantage over others, but it is still a valid destination for those seeking affordable quality education
Cost of Studying In Ireland. The cost of studying in Ireland is relatively affordable as it depends on the country you are applying from, to study in Ireland. The cost varies according to the institution, the course you intend to study and if you are from a member state of the European Union.
In some cases, they are scholarship programs available from the institutions, organiz…
Post a Comment
Read more
More posts