Showing posts with the label Saraki
Show all

Saraki And Atiku Will Return To PDP - Bode George

Bode George, who is a principle stakeholder of the People Democratic Party has insisted that some major players in the APC will definitely return back to the party.
He said this while picking the ticket to run for the party chairmanship position in the upcoming PDP convention to be held in Port Harcourt. he made this statement actually referring to Senate President, Bukola Saraki and Atiku Abubakar. Both of which were instrumental and major player in the APC clinching the presidential seat.
Prior to their affiliation with APC, Saraki and Atiku were major stakeholders in People Democratic Party but jumped ship to the opposition when they fell out with party hierarchy at the PDP.
But Bode George statement will raise an eyebrow of this two heavyweight, especially on Saraki with his romance with PDP members and his continue battle and corruption cases against him believed to be sponsored by APC bigwigs.

Why Saraki Must Resign 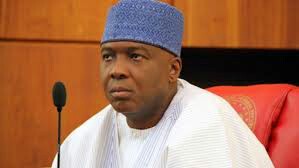 The Senate President Bukola Saraki should resign or be pressured to for the respect of the position.

Nigeria should no more encourage corruption and any government official found wanting should resign and face the law. Many will argue that he has not been found guilty yet and thus no reason for him to resign, but as it stand if not that Saraki ambition and doggedness to attain the highest office at his reach he would not have been in this situation.

Recently the Icelandic prime minister resign after he was implicated in the Panama Paper Expose, we can say he did that to respect the office he was holding. But with the case of Saraki, as it stands Nigeria politicians has no respect for the office they hold, they cannot be disgraced out of office but forced out. And I can see the only way Saraki is leaving that post is to be forced out by the law and that might ultimately end his political career.

Now, Saraki should not only resign and go fight his case not just for the respect of the s…
Post a Comment
Read more
More posts