Showing posts with the label Super Eagles
Show all 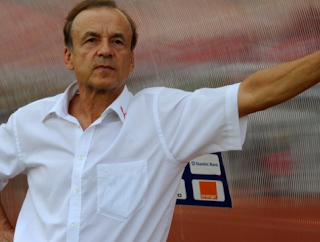 Gernot Rohr will be unveiled as Nigeria Super eagles new technical adviser, according to NFF president, Pinnick Amaju.
This the NFF president clarify in an interview with Punch newspaper where he gave an interview. Pinnick said the German has accepted the position and will be in the country by Saturday.
Gernot Rohr untill recently was coach to Burkina Faso and has managed Gabon national team. He will take the Super Eagles as he will try to qualify them to the world cup in Russia.
The NFF has been having it difficult replacing Sunday Oliseh after he left the position owing to irreconcilable issues.And failed in meeting an agreement for Frenchman Le Guen to take the position.